Rudolf Piehlmayer, born in Straubing (Germany), studied piano, clarinet and conducting at the Hochschule für Musik und Theater München (university for music and theatre Munich). In 1986 he won the sponsorship of the C.M.v. Weber Contest as well as the competition of the Felix Mottl Contest in Munich, and in 1987 he won the “International Weber Contest” for clarinet in Warsaw. After a scholarship in the orchestra seminar of the Deutsche Oper Berlin he became a solo-clarinetist of the Berlin Symphony Orchestra. During that period he studied conducting under Prof. Hermann Michael and graduated with an artist’s diploma summa cum laude/with honors. During his studies at the music university he attended master classes with Leonard Bernstein and Sergiu Celibidache.

In 1991 he was engaged as a solo/soloist coach at the REGENSBURG THEATRE and gave his opera debut there with Humperdinck’s “Hansel und Gretel”. Soon thereafter, he was appointed first Kapellmeister and then assistant general musical director.

In 1994 he was granted the sponsorship of the State of Bavaria.

2002-2009 Rudolf Piehlmayer was general music director of the City of Augsburg, director of the symphonic concerts of the Augsburg Philharmonic. Because he took over at short notice the première of Gisbert Nähter’s “The little Prince” with Mario Adorf and the orchestra of the DEUTSCHE OPER BERLIN, he was invited as a guest conductor for additional performances. He led, for instance, Orff’s “Carmina burana”, Mozart’s “Magic Flute”, Gluck’s “Orfeo ed Euridice” and Wagner’s “The Flying Dutchman”.

In January 2002, he debuted at the LEIPZIG OPERA conducting the re-staging of Richard Strauss’ “Rosenkavalier” with the GEWANDHAUS ORCHESTRA.

In March 2004, he conducted, in addition, Bruckner’s 8th Symphony with the GEWANDHAUS ORCHESTRA in a choreography of Uwe Scholz. And in 2006, he led several ballet performances there, among others: Mozart’s Jeunehomme concert and the 2nd Symphony of Robert Schumann.

During the CULTURE DAYS 2004 in SALZBURG he conducted Strauss’ “Salome” with the MOZARTEUM ORCHESTRA SALZBURG in the FESTSPIELHAUS SALZBURG.

In July 2005, Rudolf Piehlmayer led the PHILHARMONIC ORCHESTRA AUGSBURG in the highly acclaimed Augsburg première of Gustav Mahler’s 8th Symphony on the occasion of the 450th anniversary of the “Augsburger Religionsfrieden” (Augsburg Religious Peace). For this performance he was awarded the special prize of the Augsburg Theatre Prize 2005.
At the HERRENCHIEMSEE FESTIVAL in August 2005 he was invited to conduct the SINFONIA VARSOVIA with works of Strauss, Wagner and Berlioz.

Rudolf Piehlmayer was permanent guest conductor of the Gewandhaus Orchestra at the Leipzig Opera from 2007 to 2010, conducting over 80 performances. His repertoire in Leipzig included Puccini’s „Manon Lescaut“, Verdi’s „La Traviata“, Mozart’s „Magic Flute“, and „Carmina Burana“ from Carl Orff. Ballet productions of „The Nutcracker“, „Giselle“ and a Uwe Scholz production with Bruckner’s eighth and Schumann’s second symphony rounded out his stay in Leipzig.

A CD world premiere recording of the Concerto for oboe and orchestra of Swiss composer David Philip Hefti, with the oboist Thomas Indermühle and the Augsburg Philharmonic, was released in June 2010 under the label NEOS.

A new recording of Max Reger’s „Mozart Variations“ and Meinrad Schmitt’s „Im Zeichen der Venus“ with the Bamberg Symphony Orchestra was completed in January 2008 for the Bavarian Radio.

In 2006 the international label EMI recorded „Fantasia Italia“ with virtuoso works of Antonio Pasculli for oboe and orchestra. The recording features the oboist Christoph Hartmann with the Augsburg Philharmonic and was released in 2007.

Rudolf Piehlmayer conducted a new production of Massenet’s „Werther“ in January 2011 at the Magdeburg Opera.

For the Norske Opera Oslo he conducted a new „Magic Flute“ production, that was the opening of their 2011/2012 opera season. These “magic flute” was a coproduction with the National Centre of performing arts Peking and the Hong Kong Opera.

In September 2012 he conducted three Concerts of Musashino Akademia Musicae Tokyo in Bavaria with Piano Concerto Nr. 3 of Beethoven and 6th Symphony of Tchaikovsky.

Since 2013 Rudolf Piehlmayer is working with international Music Academies such as NORWEGIAN ACADEMY of MUSIC OSLO and regularly as a guest-conductor with MUSASHINO ACADEMIA MUSICAE TOKYO since July 2014.

In January to May 2015 he was in charge of the musical conduct of Richard Wagner’s „LOHENGRIN“ at the OPÉRA de RENNES (Orchestre Symphonique du Bretagne) and at the OPÈRA ROUEN Haut-Normandie.

Since 2014 Rudolf Piehlmayer is in close collaboration with the Orchestre Symphonique de Bretagne in Rennes and so he conducted in May/June 2016 and January/April/June 2017 a number of symphony concerts. 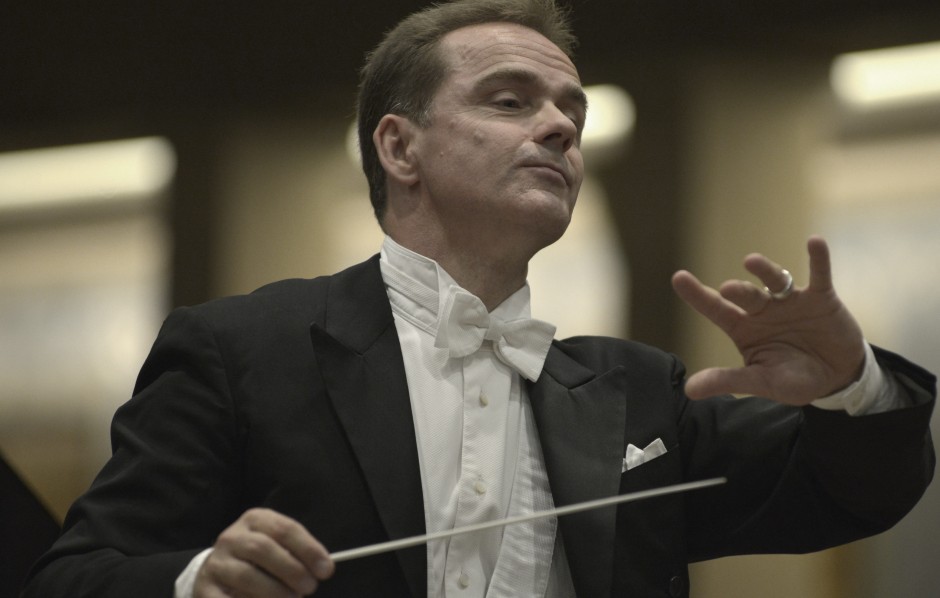